A number of Cherokees served as military “Code Talkers” in WWI and WWII.
One such soldier was Nowata resident and Cherokee Nation citizen George Adair. Born in Braggs, Okla., May 24, 1887. He was married in Nowata, OK in 1907 to Edna F., daughter of Mr. and Mrs. Adolphus McCoy. Adair enlisted in the U.S. Army in September of 1917. After his basic training, Adair was assigned to the 36th Division and sent to the line in France in World War I. Adair, along with other Cherokees, was put in the telephone service. It was those Cherokee soldiers’ responsibility to receive and transmit crucial orders in their native language. Cherokee and other tribal languages were alien to the enemies of the Central Powers, rendering them unable to decipher the American communications spoken in those languages. Unfortunately only Adair’s name remains known among the Cherokee who performed code talking services. The Cherokee Nation is seeking information from relatives of any other Cherokees who may have served in this capacity. Historians say it is impossible to know how many Allies’ lives were saved thanks to the Cherokee and other Native code talkers in both World War I and World War II. Learn more about our veterans by visiting the Museum (Re-opening this summer). 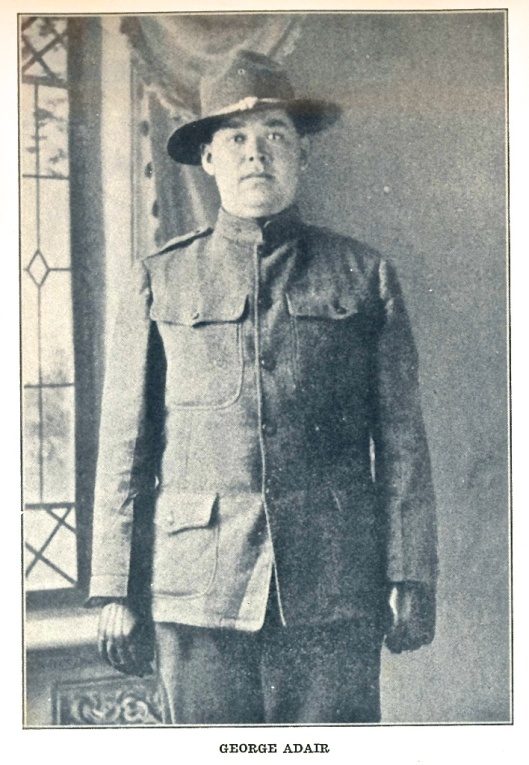